As part of a larger effort to create a drug-free workplace, random drug testing can serve as both a deterrent and preventive measure. Local, state, and federal rules must be followed by any drug testing program implemented in the workplace, whether a federal or non-federal policy.

Although drug testing at the workplace affects employees’ privacy, it is beneficial to maintain a healthy workplace. 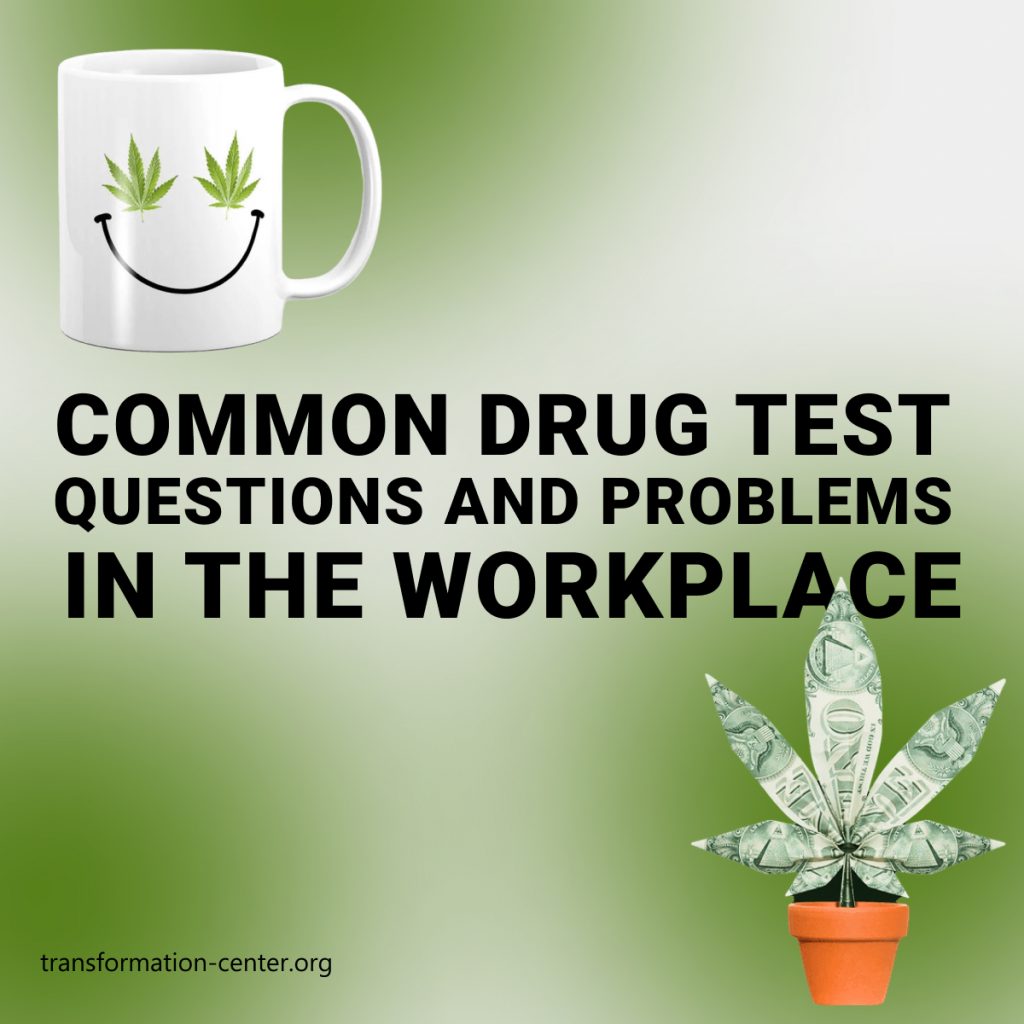 A professional collector can come to your office to take samples, or staff members can bring their samples to an HHS-accredited testing facility. You can either go for a drug test at home or search “drug testing center near me” to get drug tested.

What kind of tests may be demanded at work?

Once an organization has decided to implement drug testing, it must determine how the testing will be executed, particularly how drug test specimens will be obtained from employees. There may be variations in detection time, ease of collection, and cost between the four most popular sample types (urine, blood, saliva, and hair).

The ideal approach to testing is still up for discussion. There are benefits and drawbacks to each possible specimen. What follows is a summary of each, including some key information.

Obtaining a urine sample is easy and poses no risk to the worker. Many regulatory tests call for urine testing, and it’s typically the cheapest option because it detects recent drug use and is easy to administer. Urine samples can detect the presence of illegal drugs, but they cannot be used to assess impairment.

An expensive and intrusive blood sample is required for a drug test. They’re highly precise and can reveal the drug’s concentration in the blood. Blood samples are more commonly employed in medical contexts and legal investigations than in regular employment-related drug testing because urine samples are less invasive and need less process.

Despite being painless to collect, saliva samples are more expensive than pee samples. Although saliva is the most reliable drug test sample for detecting recent usage, it requires a

If you want to find out if someone has been using drugs for a long time, a hair sample is your best bet. Still, it is unreliable for finding recent use (within the previous week), making it unsuitable for testing after an accident or on reasonable suspicion alone. Test subjects with short or no hair may not be able to participate since hair testing is more expensive and requires a certain amount of hair.

What Substances Can Be Detected?

While a drug test result only search for a single drug, the vast majority screen for several in a single sample. Different drug panels are used for different purposes, but the most frequent one checks for the following five chemicals associated with illegal drug use:

Other chemicals often used in tests include:

Problems While Passing A Drug Test In The Workplace

When it comes to difficulties that come up throughout drug testing in the workplace, many employers who do employee drug testing have questions or are confused about the procedure.

Below are the common problems that can occur during a drug test.

None of the results from a canceled test count toward a positive or negative conclusion. Therefore, a new test would be required to allow the candidate to enter a DOT safety-sensitive post with a negative result. In case, a negative test result is not needed for an interview or readmission, the Medical Review Officer (MRO) will simply cancel the test and not follow up on it.

A medical review officer (MRO) will look over the invalid drug test result to see if there is a legitimate medical reason the lab couldn’t produce a reliable result.

Suppose the laboratory cannot complete testing or acquire a scientifically verifiable drug test result due to an unidentified adulterant, an endogenous substance at an abnormal concentration, or an unknown interfering substance. In that case, the laboratory will report the urine specimen as invalid. When there is no medical justification for an invalid drug test result, an MRO may order a repeat collection, which may be done under direct observation.

What does it indicate if your drug test results come back as “Negative Dilute?” In the laboratory, the sample was tested and came out negative. In addition, the creatinine and specific gravity readings are abnormal, suggesting that the urine sample was diluted. None of the three possible outcomes—a positive result, a refusal, or a policy violation—apply here.

The gold standard here would be to:

When an applicant or employee has a shy bladder, they don’t produce enough urine for the lab to properly do a drug test. Consequently, the person experiences a hesitant bladder procedure. Donors can drink up to 40 ounces of water during this process, which can take up to three hours.

Any departure from the testing facility by the donor within that time will be considered a refusal. If, after three hours, an employee cannot provide a sufficient urine sample, they will be offered a medical evaluation to see whether or not there is a medical cause for the reluctance.

It is a refusal to test and a violation of the person’s denial to undergo the testing process. A refusal to get tested is taken as a breach if the physician doing the evaluation can discover no medical basis for the denial.

Due to the temperature being outside the acceptable range, we must finish this first collection and then repeat it using a direct observation methodology. The lab receives two samples; however, the official result will be based on the second sample.

Refusing drug tests is a severe matter that constitutes a violation with potential repercussions analogous to those for a positive result. The refusal to take a mandatory test can result in immediate termination of employment at many companies. As the DER of your company’s drug testing program, you must understand how refusals to tests are handled.

When a refusal occurs at the collecting location, the DER is notified so that a final decision can be made.

When may a false-positive test be received?

When a “false positive” result is obtained from screening, the test has detected the presence of a drug that is not present in the body. There has been a decline in false positive test findings as testing procedures have been refined. These results are unusual, yet they are not impossible in the present day.

A false positive result on a drug test might occur if the person taking it has consumed particular foods, taken certain drugs, or used other substances. Some, but not all, of the chemicals on this list may result in a false positive on a drug test, depending on the amount taken, the method of analysis, and the substance being screened for.

Because drug tests only capture a moment, several variables can significantly alter the results.

What could be the best defense for positive drug test?

If you fail a drug test, being honest about it and considering getting help are your best options. Some private companies even offer employees paid time off to attend drug and alcohol treatment programs. By entering treatment, you can get the help you need and possibly avoid losing your job.

What is the best at home drug test?

How far back will a mouth swab drug test go?

The detection window for most drug tests performed with a mouth swab is only 12-14 hours, often much less. An oral swab drug test can detect substances much more quickly than a urine drug test.

How to pass a saliva drug test for a job?

Does alcohol show up on a drug test for work?

Some workers may wonder if they will fail a drug test if they drink alcohol. The amount of time it takes for alcohol to be eliminated from the system via urine is very low. When it comes to alcohol, a urine test may be able to detect it anywhere between 2 and 12 hours after use.

How to pass a 10 panel urine drug test?

Dilution-based detox products are the most convenient for passing a urine drug test. B vitamins, creatine, electrolytes, and recommendations for adequate fluid intake are all essential. This way, the drug metabolites can be diluted to safe levels while electrolytes and creatinine can still be measured.

Because of individual differences in metabolism and elimination, different drugs have different elimination half-lives and retention times. Some broad principles, however, do apply. The 5-panel test can detect all drugs except THC in the urine for up to 7 days. The effects of marijuana use can linger in the body for up to a month.

Employees who are experiencing substance abuse problems can benefit from drug testing. A positive drug test can result in a person losing their job, so this practice also serves to discourage drug use.

Urine, hair, blood, and saliva are the most commonly used for drug testing. The most common and required specimen for government-mandated drug tests is urine.